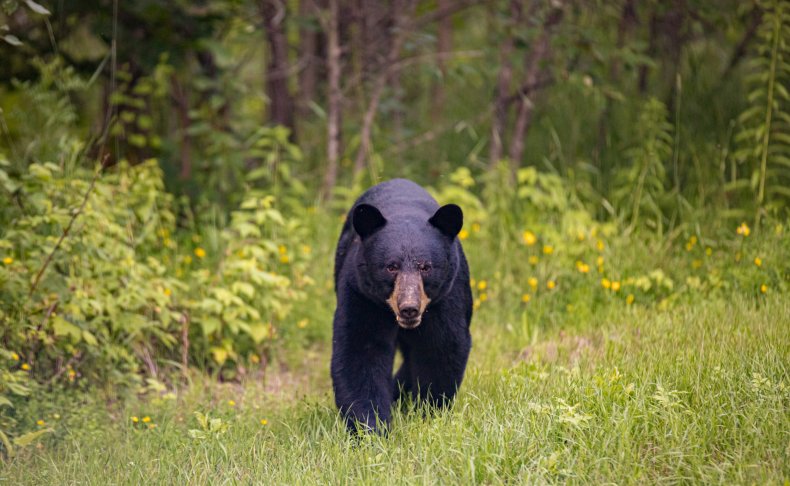 A500-pound black bear in Michigan was recently euthanized after making a 125-mile journey home. Officials said that the bear had become too comfortable around humans, which made it a “threat to human welfare.”

While some Michiganders applauded the decision, others were angered by it.

The bear was first located in Traverse City, Michigan back in April, said the Michigan Department of Natural Resources (DNR) in a Facebook post. It had been spotted roaming through residential neighborhoods, so officers radio-collared him and relocated him to a remote area near Alpena — a city approximately 125 miles away.

But the bear missed his home, so he made the 125-mile trek back. In May, he was spotted roaming through Traverse City neighborhoods yet again.

“Since then, the bear’s behavior has become increasingly bold,” the DNR said. “It has been raiding bird feeders, fruit trees, apiaries and trash cans and has damaged property. The bear has also been moving closer to downtown areas.”

Since the bear had received food rewards and become comfortable around humans, and because relocation had “proved ineffective,” DNR euthanized the bear on Thursday “in the interest of public safety.”

“While we look to preserve wildlife populations as much as possible, our primary concern in these matters is human safety and we believe — based on behavior and history — this bear could pose a threat to human welfare,” they said.

Earlier this month, a bear in Colorado was euthanized after it broke into a home and trapped the residents inside, Newsweek reported. Officials believed the bear was attempting to find a human food source.

“Most conflicts between people and bears can be traced to easy-to-get-at human food, garbage, pet food, bird seed or other attractants,” CPW said on its website.

“When people allow bears to find food, a bear’s natural drive to eat can overcome its wariness of humans,” CPW continued.

To keep both bears and humans safe, officials encourage those living near bears to avoid leaving any trash, birdseed, food, etc. out overnight.

Though DNR stated that its officers “weighed all options” before finally euthanizing the bear, some commenters were upset with the decision.

“Aren’t their [sic] more humane ways to handle this…there are bear rehabs ALL OVER THIS COUNTRY! Hell! In the state of Michigan alone! That was a wrong choice,” exclaimed one commenter.

“Sad that the bear had to be killed by an agency that is paid to protect our natural resources,” added someone else.

Of course, others applauded the DNR’s decision to put human safety first.

“Thank you for your efforts to keep everyone safe but you do not owe an explanation. You are the experts,” expressed one Facebook commenter.

“A tough call but a good one,” added another. “Unfortunately where people and wildlife coexist there will be conflict. Thank you for letting everyone know and hopefully, folks in the area will do a better job of bear-proofing to help prevent occurrences like this happening again.”

This article by Sara Santora was first published by Newsweek on 24 September 2021. Lead Image: A 500-pound bear in Michigan was recently euthanized after making a 125-mile journey home. ISTOCK/JENDEVOS.

Experts Reveal how to Have a ‘Conversation’ With Your Cat
Kitten Overcomes Many Obstacles Since Birth and Transforms from Tiniest Wonder to Happiest Cat
Halt destruction of nature or risk ‘dead planet’, leading businesses warn
Tably Monitors Your Cat’s Well-Being and Mood
Mews and Nips: 101-year-old Woman Adopts Oldest Shelter Cat