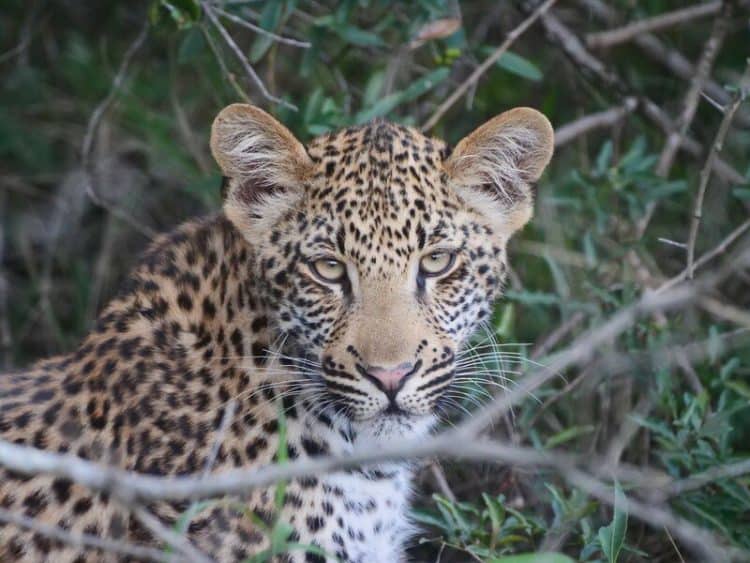 WASHINGTON— Animal protection and conservation groups sued the U.S. Fish and Wildlife Service today for failing to propose stricter protections for African leopards under the U.S. Endangered Species Act to address the harms of trophy hunting.

The United States is the world’s biggest importer of African leopard hunting trophies and consumed more than half the global trade between 2014 and 2018. Yet despite trophy hunting’s threat to African leopards, their population declines, and these big cats’ “threatened” status under the Endangered Species Act, the U.S. currently exempts trophy imports from the Act’s restrictions. Humane Society International, the Humane Society of the United States, and Center for Biological Diversity sued to close that gap in protections.

“The pathway to leopard extinction is littered with leopard trophies,” said Teresa Telecky, vice president of wildlife for Humane Society International, speaking on behalf of Humane Society International and the Humane Society of the United States. “The African leopard is being driven to extinction by U.S. trophy hunters who are enabled by the U.S. Fish and Wildlife Service, which hands out import leopard trophy import permits like candy. The agency has dragged its feet for far too long and needs to step up and put stronger Endangered Species Act protections in place to curb this outrageous hobby.”

The groups petitioned in July 2016 to uplist African leopards from “threatened” to “endangered” status under the Act. Greater protection under the law would ensure closer scrutiny of African leopard trophy imports and apply a more protective standard before trophies can enter the United States.

“The tide of extinction is rolling over leopards, but U.S. wildlife officials aren’t throwing these graceful animals a life preserver,” said Tanya Sanerib, international legal director at the Center for Biological Diversity. “The Endangered Species Act’s full protections could ensure that the gruesome trophy trade doesn’t drive leopard decline. To defeat the extinction crisis, we need to use every weapon in our arsenal. But after trophy hunting was identified as a threat to African leopards, U.S. wildlife officials sat on their hands. The failure to help conserve these iconic cats is unacceptable.”

Under the law, the Service was required to make an uplisting determination by July 2017. But four years have passed since that deadline and the agency still hasn’t acted. The groups also petitioned the agency, as an alternative, to remove the existing exemption for the African leopard trophy trade, but five years later the Service still has not responded.

Today’s lawsuit, filed in federal court in the District of Columbia, challenges the agency’s failures to take sorely needed action to protect the species from the trophy trade.

The International Union for Conservation of Nature, or IUCN, classifies the leopard as “vulnerable,” meaning it is facing a high risk of extinction in the wild. According to IUCN, by 2020, the sub-Saharan African leopard population had likely declined by more than 30% over the previous 22.3 years, and that population is continuing to decline.

While leopards receive the strictest protections under the Convention on International Trade in Endangered Species, or CITES, unscientific leopard export quotas and lax application of CITES’ import and export requirements have allowed for a poorly regulated and unsustainable trophy industry fueled in large part by U.S. hunters.

Don’t know how to select a startup disk on your Mac — we’ve got you covered
A Woman Allegedly Breastfeeding Her Cat On A Delta Flight To Atlanta Is Going Viral
Happy #TRT – Tummy Rub Tuesday (Week 383)
Jaguars in Mexico are growing in number, a promising sign that national conservation strategies are working
The Dos & Don’ts of Getting a Kitten for Christmas