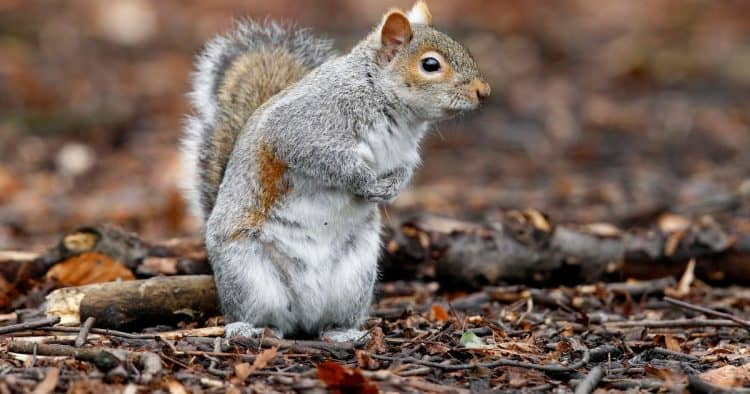 The RSPCA is appealing for information following the distressing discovery of two squirrels hanging in Sevenoaks.

The pair of grey squirrels were discovered 15ft up a telegraph pole in Watercress Drive on Sunday (November 7).

Upon being discovered by a member of the public, both squirrels were missing the tip of their tails which were found nearby.

One of the squirrels was already dead and the other one sadly died shortly after being found.

The discovery has been described as ‘grim and bizarre’ by the RSPCA who are appealing for anyone with any information to come forward.

Kent Police has said that nothing has been reported to them following the incident.

Animal Rescue Officer at the RSPCA Emma Byrne said: “This is an extremely distressing and bizarre incident in which two squirrels were found tied together with their tails snipped off and discovered up a telegraph pole.”

One of the squirrels also had a bloodied nose. This was clearly a callous and horrible act of cruelty against two defenceless animals.”

“We know from the information given by the witness that at least one of the squirrels was still alive when they were tied up and this whole ordeal would have caused them a great deal of suffering and fear.”

“We’re keen to find out exactly what happened to these squirrels and would urge anyone who saw anything which might help our investigation around Watercress Drive in Sevenoaks on Sunday evening to please contact us in strictest confidence on 0300 123 8018.”

This article by Henry Collier was first published by KentLive on 12 November 2021. Lead Image: Both squirrels have sadly died (Image: Peter Byrne/PA Wire).

Mews and Nips: More Than 30 People Helped Rescue a Cat Stuck in a Tree for Five Days
Report has Apple updating iPad Pro with wireless charging and more in 2022
Responsible Ways To Appreciate Wildlife And Celebrate The Animals You Love
Cat Came Back to the Woman Who Helped Her Kittens, Now Waits for Perfect Home with Her Daughter
One million M1 Macs deployed by Jamf, hails ‘tremendous momentum’