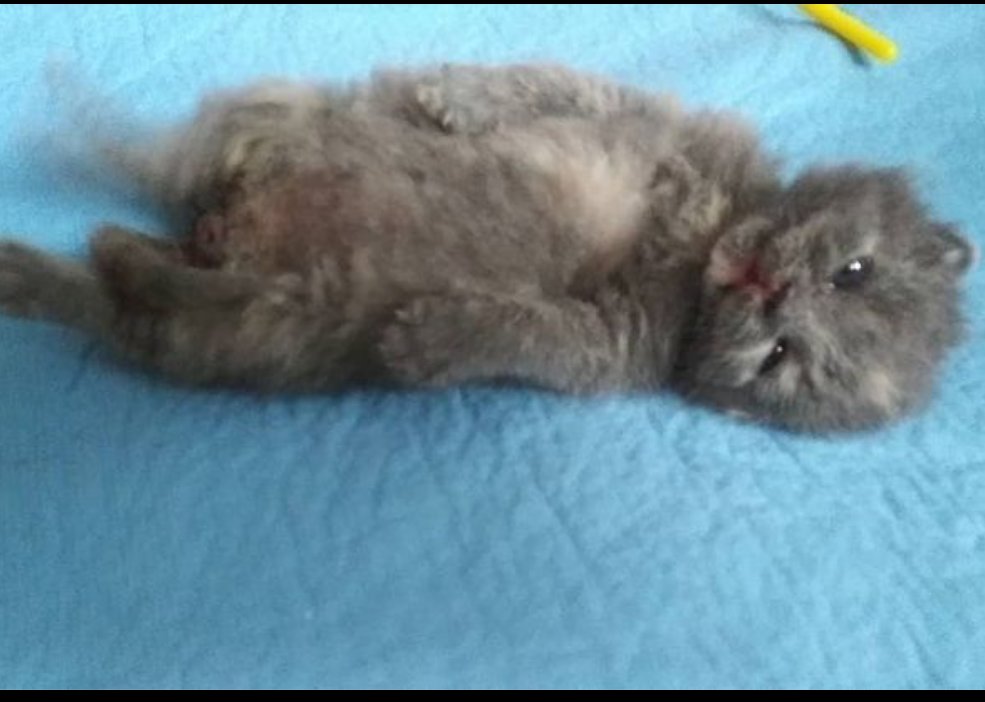 Good To Know
Share on Facebook
Share on Twitter
Share on Pinterest
Share on LinkedIn
On Tuesday April 6 2021 My Father and I were hanging out with my neighbor 2-3 houses down. He started trying to fix or remove his awning which was damaged in a storm and when he did… He found a cluster of kittens couldn’t be more than 1-2 weeks old. Wherever the mother was we are not sure. So we left them (my goodness I just wanted them all to maul me. I don’t remember seeing such small kittens up close and they were so tiny and cute and honestly I felt like I was watching an episode of TooCute! So went home and the next morning 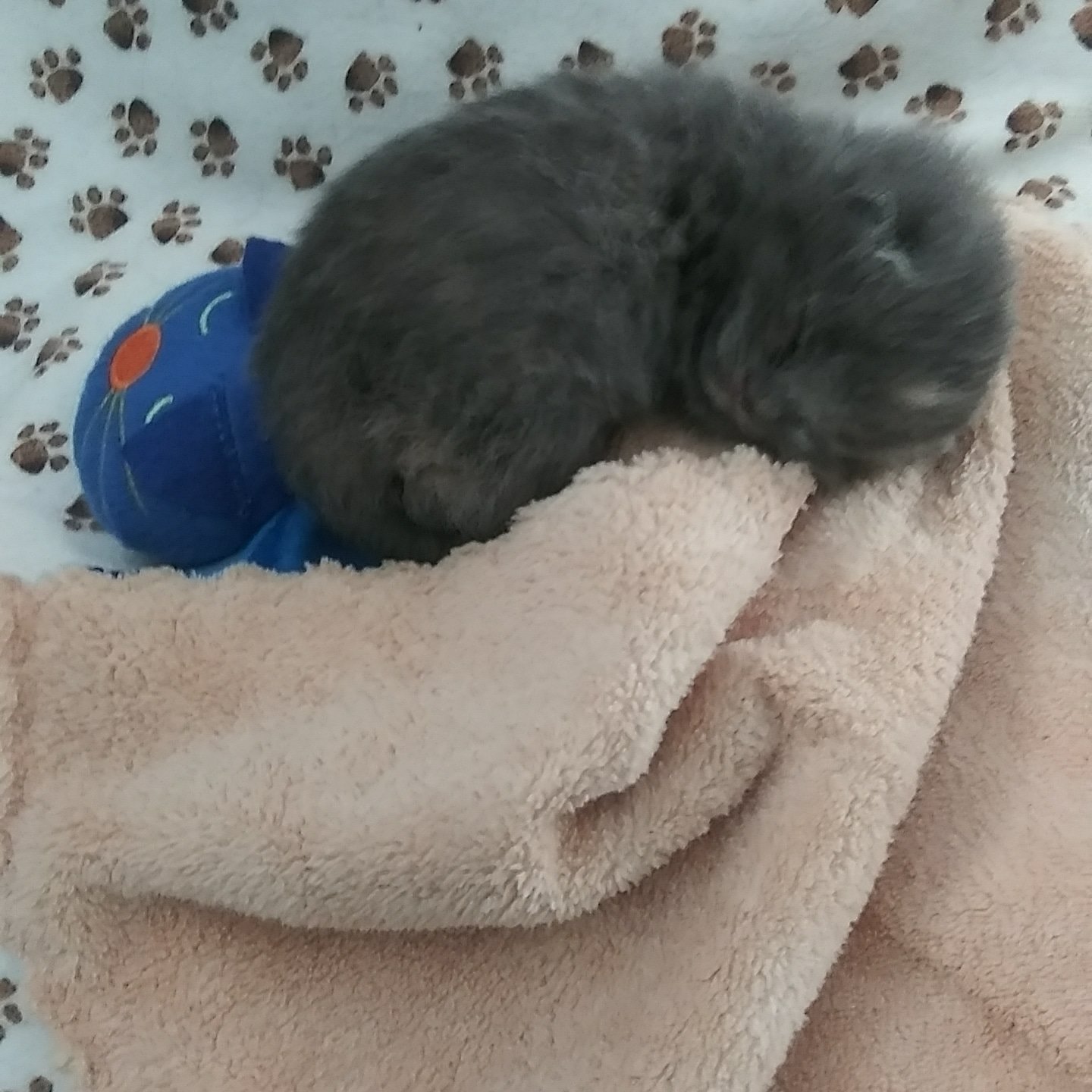 I woke earlier than I usually do and went to check to see if the mom came back. She did and 3 of the kittens were gone. I go back home and deal with the day.
We’d gone back to Ray’s in the afternoon and and I went to look to see if the last kitten was gone.
Sadly No the mom didn’t come back yet. So I was talking to a few people I know that work at the shelter as well as ask mom etc. They said the mother likely wont come if she didn’t already. So mom told me I could bring the kitten home to try to care for it. Sadly we did not have any experience dealing with all the cuteness, cries and frustration from not having the proper supplies.
They fed me a little milk with water just so I would have something to eat. I know we aren’t supposed to but I forgive them for that. Kim is a very caring hooman meowmy. She showed me to one of her landlords but she is afraid of cats for an experience she had as a child. I plan to try to change her mind. Kim thought of naming me Fidgit as I move around a lot. Then she called me a furry nugget. Her mom liked the sound of that, and someone she knows that works at the shelter when she mentioned it in a chat he replies hahahahah and liked it too. But she’s worried it won’t suit me when I’m older. Also we don’t have an official gender yet.
On thursday the 8th we… yes meowmy, my Grandpurrrents and I all went to Petsmart to get supplies and any help anyone could give them. Meowmy Kim was surprised that I was quiet on the drive over, and that I’m a good little kitty. The lady at the adoption area helped us out. She said she thinks I’m a girl and helped us pick the right formula and gave us a bottle which we saw none on the shelves. There was a black and white cat missing part of a leg that was looking on like it wanted to help too. There was a big cat named brutus I think he’s a special needs cat. There were a couple of black cats as well, one seemed like a fraidy cat though. Kim has been telling me about her cat family or those she previously had. The last one was a black cat Named Sully (after her favorite band’s lead singer) which passed July 2, 2018. I see she still misses her, and i heard her say she felt a tiny bit guilty about me being around, but it might be only because Sully got jealous, yet she liked company and mommy said even made friends with a couple dogs.
Friday Meowmy was still trying to wrangle me and get a handle on feeding me. I move my head back and forth. But she’s able to do a good job on feeding me, when grammy does, she gets formula up my nose, on my face and that stuff makes my fuzzy fur sticky. Meowmy gets mad. She is trying to keep a record of my weight (maybe weigh me every other day, as every day sounds too soon. Mommy is not sure if she should wake me up when I’ asleep and the 3 hour mark comes up as she was told every 3-4 hours to feed me. YEAH!!! I finally pooped! well sort of. It was just a tiny bit…
‘Nuggit’ seems to love being near me. Talk about warm fuzzies! I’m smiling more and don’t feel down in the dumps. I’ve always had a cat the first one was when I was 3 or 4 and the before now the last time one of my fur babies passed It was a month before I got my Sully. That was NOT a good month. So Since Sully passed some days are ok and others harder. But there’s certain times of the year that is like a sledgehammer I miss her so much. Sully also helped me during my depression. She is the only reason I did not hurt myself. She cheered me up and made me smile when I needed. Well this one is off to a good start. When I pet Nuggit it just calms me so, I feel like I’m going to doze off.
Saturday the 10 meowmy tried to weigh me (with her jewelry scale).. and I’m 6.95 oz kimmowmy let me crawl around on a soft throw blanket on the floor so I could get some exercise, but I kept going back to her to snuggle. She just can’t handle all this cuteness! (and as they keep saying.. I move around too much… and though I am not running, I am fast…i’m going to be a cheetah when I grow up…. well I was so fast I crawled right off her and fell. I made her feel so bad. She kept kissing me and saying she was sorry for the rest of the day and even the day after.
If I didn’t mention it, she is trying to keep a Diary for me. Of my weight as I grow and my progress. Kimowmy also started an Instagram for me, whatever that is. When I woke up in my box while Kim was answering some email I piddled and started to poop on my blanky (one of the facecloths in the recommendations list)
Sunday 11… Goodness I woke up before Nuggit. Was Early… I don’t usually get up before 9 or 10 the earliest but have been. Was starving and not long after Nuggit woke up too. Its tricky trying to feed this Fidgity little one.
More on her blog here.
This article was originally published by Katzenworld.co.uk. Read the original article here.
Post Views: 18
Share on Facebook
Share on Twitter
Share on Pinterest
Share on LinkedIn

What to Expect When Taking Your Cat to the Vet
Moving with Cats, Part One: Preparing for the Move
Thinking of Getting a cat?
A hardshell case for your MacBook Pro is protective and stylish
These USB-C hard drives for Mac can back up or beef up your storage