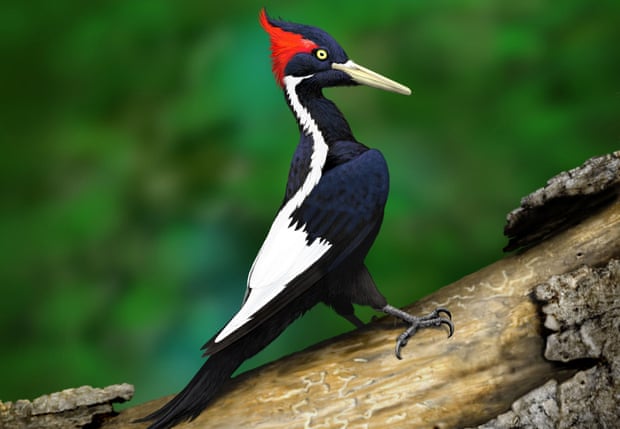 The US Fish and Wildlife Service officially proposed taking 23 plants and animals off the endangered species list Wednesday, because they have not been spotted in the wild and are believed to be completely gone from an earth experiencing human population growth and a climate crisis.

Only 11 species previously have been removed due to extinction in the almost half-century since the Endangered Species Act was signed into law.

The move underscores an extinction crisis that is growing worldwide. The rate at which extinction would naturally occur is about one to five species per year, according to Michael Reed, a biologist at Tufts University. He adds that now, species are going extinct at 1,000 to 10,000 times that background rate.

According to the UN, 1 million animal and plant species are now threatened with extinction, many within decades, more than ever before in human history. Declining habitat, climate change and pollution are all factors in the increasing number of extinctions.

The species on the list, now officially extinct, include 10 types of bats and birds found only on islands in the Pacific, as well as eight types of freshwater mussels from riverbeds across the eastern US.

One of the final members of the Kauaʻi ʻōʻō bird died in 1987. He lived his last days in captivity, singing a mating song to a female that would never come. His song was recorded for the Cornell Lab of Ornithology.

But the species that has gotten the most attention is the ivory-billed woodpecker, which was one of the first animals to be recognized by the Endangered Species Act in 1973. The largest of the woodpeckers north of Mexico and the third largest in the world, the ivory-billed woodpecker was a bird of old-growth forests in the southeastern US and Cuba. When its forest and swamp habitat was destroyed in the 1800s, the species started to slide into danger, and only small pockets of birds survived into the modern era.

The woodpecker has long intrigued and eluded conservationists. Teddy Roosevelt wrote about the thrill of seeing three ivory-billed woodpeckers on a 1907 hunting trip to northeastern Louisiana.

In 2004, a kayaker in Arkansas spied what he believed to be an ivory bill in a cypress swamp. That kicked off a frenzied swarm of scientists and naturalists hunting for the remaining species. Teams searched more than 523,000 acres across eight states, but it was never fully known if the sightings were ivory bills, or related species like the pileated woodpecker. No definitive evidence was found.

The public has 60 days to comment on the extinction declarations before they are finalized, and some biologists aren’t ready to put the nail in the coffin for these species. Cornell University bird biologist John Fitzpatrick, lead author of a 2005 study that claimed the woodpecker had been rediscovered in eastern Arkansas, said that “little is gained and much is lost” with an extinction declaration.

This article by Katharine Gammon was first published by The Guardian on 29 September 2021. Lead Image: The ivory-billed woodpecker, one of the first animals to be recognized by the Endangered Species Act in 1973. Photograph: Tomasz Cofta/BirdLife Internatio/PA.